It’s our final Holiday Gift Guide for 2020 and we all know you’ve been waiting until the last minute to shop. Don’t worry, we rounded up a great list of games and accessories perfect for that gamer in your life. Be sure to check out our November and October editions for the complete selection. Gotta catch em’ all! 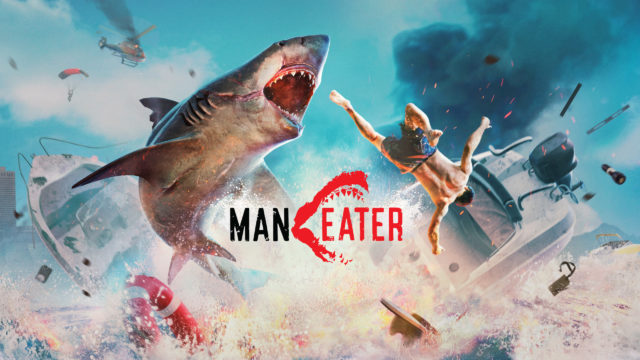 Maneater is the story of how one can go from cute baby shark to a mutated force of nature over the course of 10-20 hours, and I honestly enjoyed every second of it. In fact, Maneater was my first Platinum trophy I’ve ever gotten, and that should say alot about the quality of this game. Think GTA for sharks almost, as you comb over the beautiful open world going from the Bayou to the ocean and everything in between, you will be tasked with eating people, fish, or just generally causing problems for the humans around you because why not! This game is packed full of fun, fast paced gameplay, tons of upgrades from poison, to electric and more, and a very reasonable amount of collectables to keep you in the game. I loved how many pop culture references were snuck in with the different collectables as well, and just about every bad shark joke you could make, is here! Maneater is an easily digestible romp through nature, with an enhanced PS5 version that has some pretty out of this world lighting effects and snappy load times, and I highly recommend you pick it up! 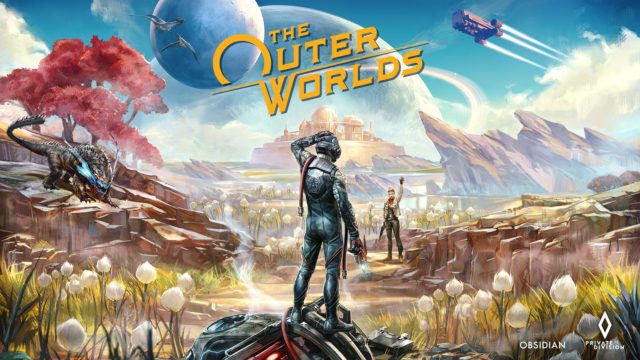 Obsidian’s The Outer Worlds is a must play for any RPG enthusiast in your life. From the get go, players will be dropped into the world of Halcyon and find themselves in a midst of warring factions vying for power. Similar to the Fallout games, players will have choices, stats, companions, and even a tactical pause system. You can grab The Outer Worlds for PC, PS4, Xbox One, and Nintendo Switch. But don’t take my word for it! Here’s what our Reviews Manager, Diego, had to say about the game in his review

“Where The Outer Worlds stands out, however, is in the immediate weirdness of its world, the heavier emphasis on RPG mechanics, and a slightly deeper companion system.”

This year’s Christmas is different for everyone. The Covid-19 pandemic has left many of us separated from family and loved ones, facing a celebration with a few more empty seats at the table. The concept of enjoying time together as a family means more now than it has done in my lifetime. Aside from kid’s films and heartwarming stories committed to screen, video games can also provide quite the service.

But what about those who often find themselves with older family members…or even…THEIR FRIENDS…or maybe even lovers?

Monster Prom is the perfect fix up for a huddle around the TV, with your budget poison of choice in hand. It’s over the top, quirky, and devilishly cheeky. A multiplayer dating sim where you and some friends pick a ghoulish character and set out to woo a diverse cast of monsters set amidst a highschool. It’s fun, cheesy, chaotic, and often results in defeat, so not too much different from high school in general!

Super Rare Games have produced a lovely physical edition of the game, complete with nifty little extras that enhance the local multiplayer experience. Monster Prom XXL includes all the DLC, ensuring there’s plenty to enjoy within the game, as well as an eye-catching box that fills you with those mushy feelings that come with owning games in a physical format. Plus, there’s a big old free sticker to slap on your laptop/phone/desk/lunch box/boombox. 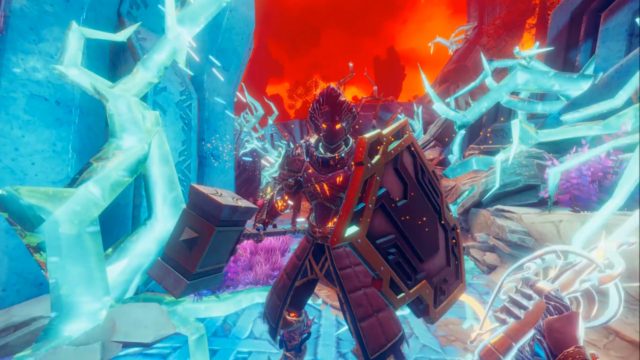 Until You Fall, from Schell Games, is a VR rogue-like hack ‘n slash game which is the type of game I didn’t realize I wanted. In it, you go from room to room fighting off goons and reaping rewards in typical rogue-like fashion: the moment you die you get sent back to the hub where you can upgrade a variety of weapons before going through it all over again. Feeling more rhythm game than straight up hack ‘n slash, Until You Fall has you timing blocks and counters to efficiently dwindle an enemy’s guard before you’re able to deal direct damage. Paired with a killer synthwave soundtrack, the dramatics of the moment to moment combat are elevated as you dash to and from enemies as you fight them from all around you in some hectic late game encounters. My only complaint is I wish there was more enemy variety in the game, with there only being a half dozen or so; half of which just being stronger variants with new moves. After you go through a couple runs it starts to quickly feel a bit “samey” as you go through the exact same environment with the same enemies over and over again. However, as a bite-sized VR style rogue-like that you’re meant to pick up and play for brief bursts it’s still a fun experience; just don’t spend too long to avoid burnout. 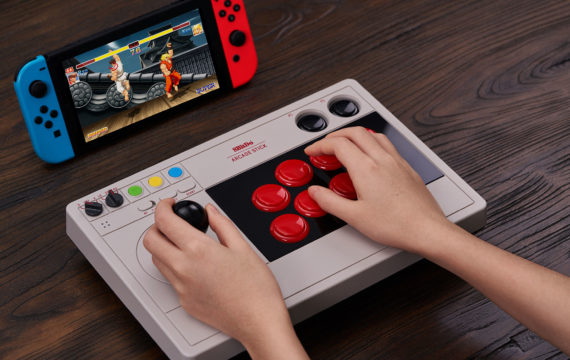 8bitdo are back with another arcade stick, but unlike their previously released N30 stick this latest model features a few extra bells and whistles. Anyone who plays fighting games enough has come across that thought of “should I invest in a fight stick and become that fighting game player”, to which the answer is always “yes of course, but sticks are too expensive”. With decent sticks usually sitting around $150, 8bitdo dropped their latest iteration for a more palatable $90 and a very clean NES inspired design.

The stick itself feels pretty decent for the price. I booted up a variety of fighting games, along with brawlers like Streets of Rage 4 and it worked great for them all. The stick is noisier than I’d like, and the buttons have a bit of a mushy feel (and slight whistle noise when pressed) but these can all be fixed (more on that later though). Made specifically for use with PC and Switch, I really would have preferred the inclusion of PS4 support as well but it is what it is. The stick has wired and Bluetooth connectivity options, along with fight stick standards like a turbo button, dedicated macro buttons, custom software to change button mapping,

Now the biggest sell of the stick is its “ultra-moddable” nature, with their own site encouraging you to swap the base parts with Sanwa branded ones. The stick is definitely moddable, but it’s perhaps playing it a bit loose with the “ultra” thrown in there. For starters, the stick itself requires a Torx T-10 screwdriver instead of the traditional kind, and not only that but needs an *incredibly* thin one (I recommend this one). I personally had a few screwdrivers of this type, but all were too thick to fit; finding out you have to buy a new tool for the new thing you just bought isn’t the best feeling in the world and why they didn’t use a standard Philip’s screwdriver is beyond me. On top of this, the joystick’s microswitches have their wires soldered onto them, which is no big deal for anyone who knows how to solder (I don’t) and is an intimidating topic to realize you have to research if you bought the fight stick thinking it’d be user-friendly. Thankfully the rest of the stick is easy to customize, with the buttons featuring quick disconnects (that are a bit too hard to remove) but anyone who prefers using screw-in buttons will be disappointed as the casing only supports snap-in ones. The gate comes in and out easily (as it should) and you can also replace the ball which is par for the course.

For the price and features, the 8bitdo Arcade Stick is definitely worth checking out for anyone interested in getting a bit more serious with their fighting game playing, with an affordable price and welcomed features, but the lack of true “ultra-moddability” is a major disappointment. 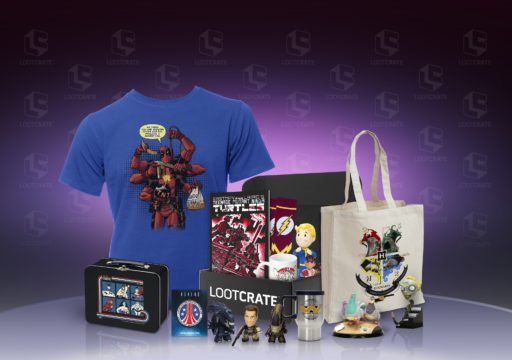 Loot Crate Gaming is a unique service that gives you all sorts of video game-based goods for a crisp $30 a month. Each month has its own theme, so you could get some sweet Fallout merch one month and some slick Doom stuff the next. There’s plenty of different themes and different types of merch you can get from the crate, from small figures to shirts and other apparel. If you’re shopping for someone who’s into gaming as a whole and interested in getting a little bit of everything, Loot Crate Gaming is a strong choice for a gift. 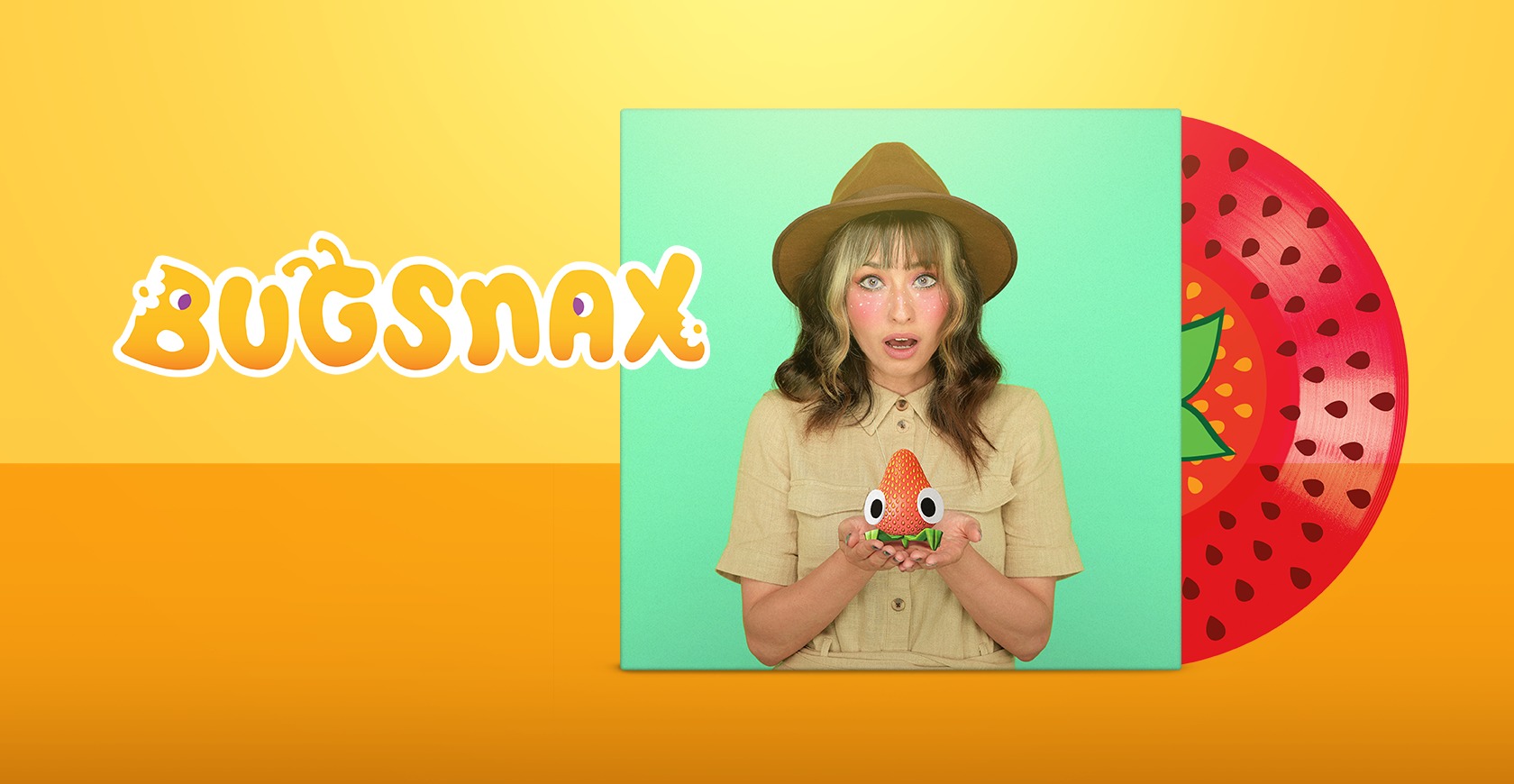 Vinyl records are in right now as any coffee loving hipster will tell you, but not only are they great for listening but they can also make great art pieces for your home. I got to try out iam8bit’s 7″ vinyl pressing of the lead Bugsnax single from Kero Kero Bonito and while obviously sounding great as most vinyls do, filling my home with the cheerful singing of the game’s Cronenbergian nightmare creatures, the packaging itself is a cut above most vinyls. Featuring a novel scratch and sniff cover, the vinyl itself is patterned after a strawberry which makes it perfect for framing purposes. I know it’s sacrilegious to some to use vinyls as art instead of listening, but there are vinyl friendly frames out there that allow for quick removal so you can listen to it or replace it with another record you want to display.

This article was originally published by Monstervine.com. Read the original article here.
Categories
Most popular this month