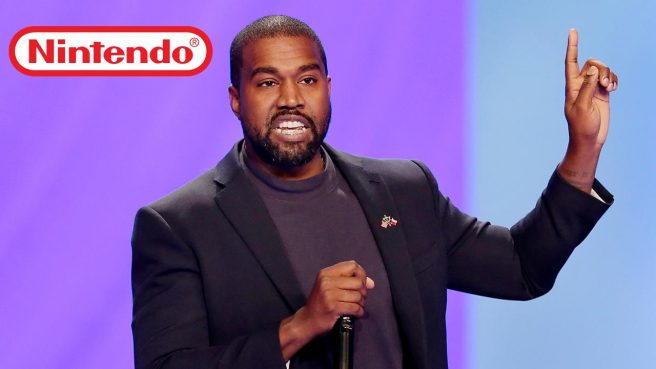 Former Nintendo of America president Reggie Fils-Aime has revealed that an opportunity once came about to work with rapper, record producer, fashion designer, and entrepreneur Kanye West on a video game. However, it was something that never came to be in the end.

During E3 many years ago, Kanye West visited Nintendo’s area, and was even able to spend a bit of time with Shigeru Miyamoto. Later on, he wanted to arrange for a meeting with Reggie as well. Despite the craziness happening with E3, the two ended up getting together at Kanye’s business office for his fashion business in Calibasas.

Reggie recounted the experience in which he said:

“Part of it was talking about what he was up to. He was experimenting with a piece of video game content; he wanted reactions to it. He comes out and says, ‘I want to work with Nintendo.’

We had so many different projects at Nintendo going on, the possibility of doing something with Kanye just wasn’t there, and so I had to find a way to politely decline this opportunity to work with him. I told him, ‘Kanye, you don’t want to work with us because we’re tough, we’re hard. All we do is push for the very best content. We would not be the type of partner you would want to work with.’ And he looks at me and says, ‘Reggie, you’re exactly the type of partner I want because of that reason!’ It’s like, ‘Oh my gosh.’”

Reggie called the meeting “interesting” and confirmed that Kim Kardashian was there as well. He said Nintendo walked away with the feeling that “Kanye has such a passion for the video game space, and he’s a creator.”

Reggie shared the story about meeting with Kanye through the Talking Games With Reggie & Harold podcast, which was produced earlier this year to raise donations for the New York Videogame Critics Circle nonprofit’s mentoring work. Those who contributed received access to this bonus content.

This article was originally published by Nintendoeverything.com. Read the original article here.
Categories
Most popular this month